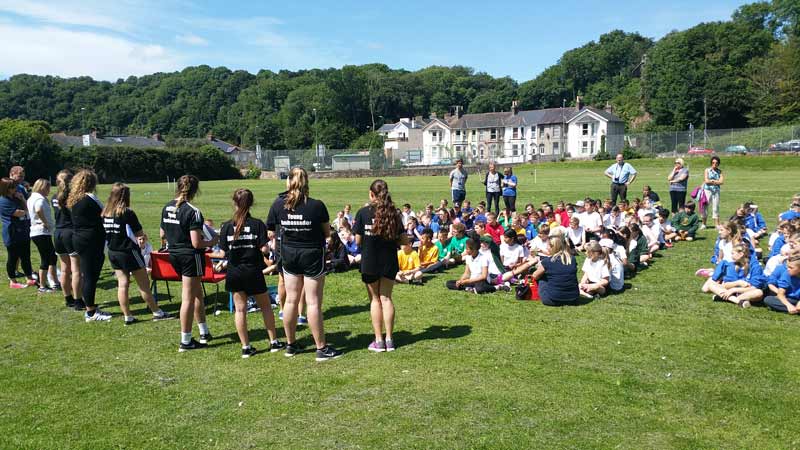 On a glorious Wednesday morning St Cuthbert Mayne welcomed five of our local primary schools to compete in our annual Rounders festival. Priory, Queensway, St Marychurch and first timers Homelands and Upton St James, assembled on the field for a morning of competitive Rounders action.
With 150 year 5/6 students taking part, the Sports Leaders had their work cut out as they were tasked with the challenge of organising the teams and running the games. Each school entered an A and B squad and competed against each other in a round robin format. The standard of play was very high with some exceptional batting and fielding on display. At the end of play Queensway came out as eventual winners in both pools winning every game without dropping any points.
Final results were as follows:
A Pool B Pool
1. Queensway 1. Queensway
2. St Marychurch 2. Homelands
3. Priory 3. St Marychurch
4. Upton St James 4. Upton St James
5. Homelands 5. Priory

Well done to all involved!