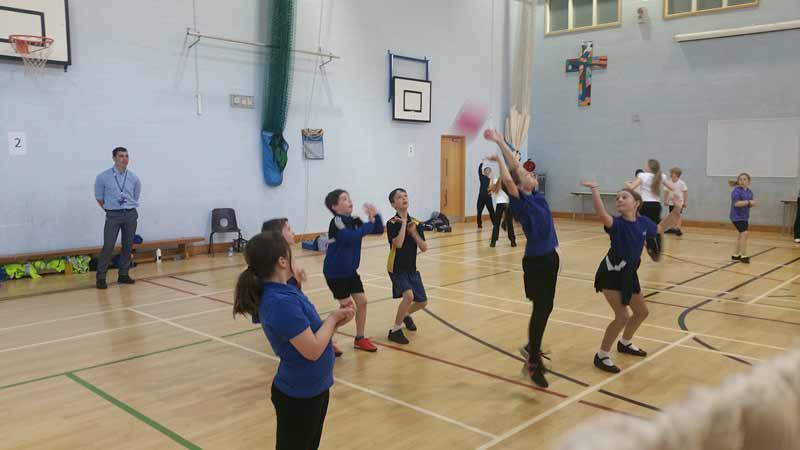 This month St Cuthbert Mayne School hosted the Level 1 Volleyball festival for year 5/6 children from our cluster of primary schools. All primary schools from the STCM cluster were invited and Priory, Homelands, Queensway and St Margaret’s all attended bringing 2 teams each.

This was an opportunity for children to engage in the modified version of the game which is still dependant on the skills of agility, coordination and clear communication and team work.

Prior to the competition Miss Truscott and Miss Roberts had been into the schools to deliver an introductory session on the sport and how it is played. All teams played in a round robin format whereby every team played each other over the course of the 2 hour festival. The games were refereed by STCM year 7, 8 and 9 students who did an excellent job.

After a very close competition St Margaret’s and Queensway finished on level points making them both joint winners of the event. They now qualify to play in the level 2 Torbay wide competition on Goodrington Beach later on in the month. Staff and STCM students alike were very impressed with the standard of play especially considering most children had never played prior to us introducing the game to them in their schools. Well done to everyone who competed!