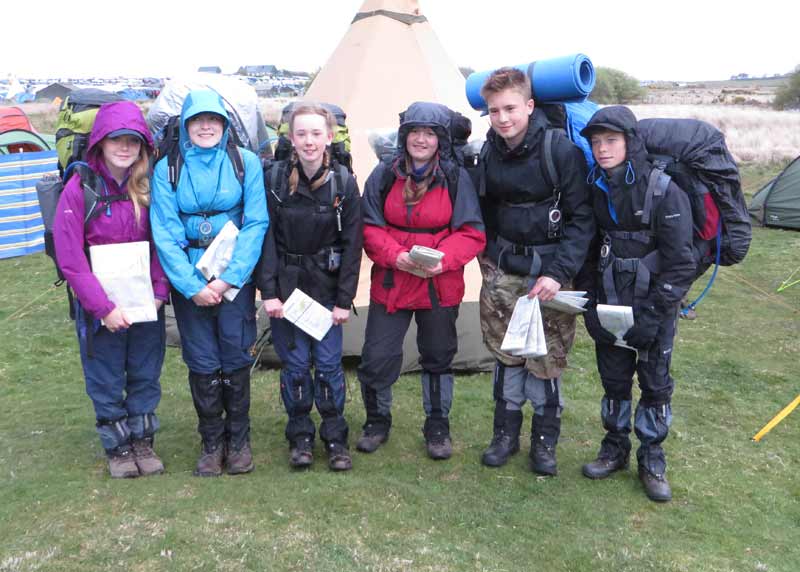 35 mile team
A real team effort as they worked well to overcome the difficulties they encured.
One team member suffered an early leg injury. Helped by rest of the team she managed to walk until the end of the first day and camp. With no obvious improvement it became apparent that she was not going to make it to the finish and the decision for the sake of the team had to be made to fallout at the next checkpoint.
This had an effect on the rest of the team and morale was very low. But lead by their very competent team leader they showed real determination to make up lost time and make it across the finishing line. 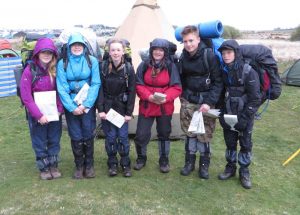 45 mile team
They also came together as a team to complete. They had suffered through injury during the later part of training. And I think it’s fair to say they were not as well prepared as they should have been. But through sheer determination they kept going and completed their 45 mile route with an hour to spare.