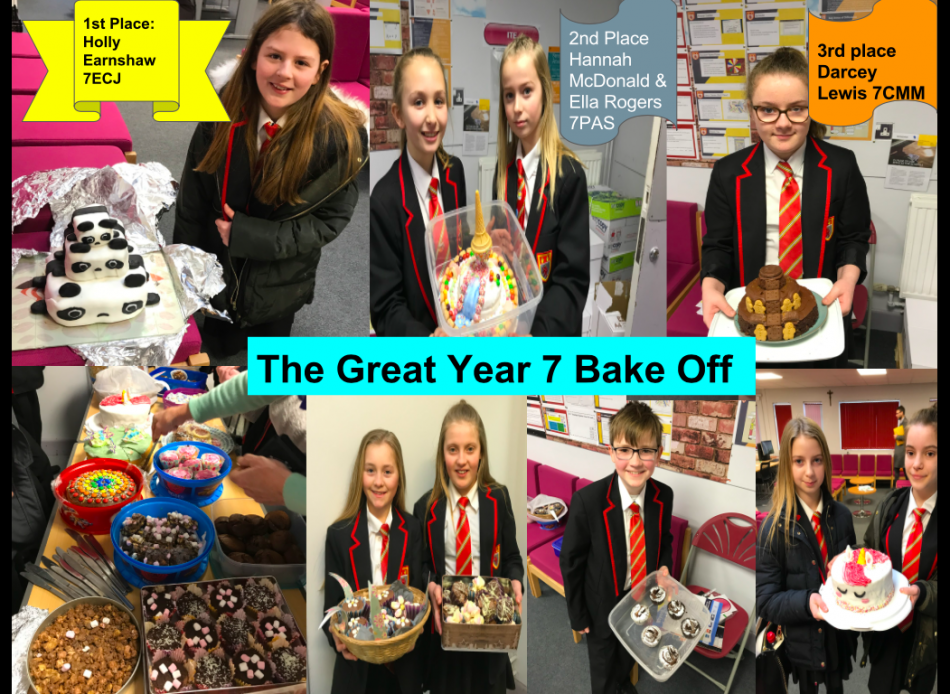 Posted at 08:47h in Latest News by stcm 0 Comments
2 Likes
Share
This week Year 7 have been donning their aprons and bringing out the mixing bowls as they competed in the ‘The Great Year 7 Bake Off.’ Students stunned teachers by the array of artistic and delicious cakes that were on offer. The cakes were voted on in their form groups before progressing on to a whole year final voted on by Year Coordinator Mrs Richards.
The eventual winner was 7ECJ’s Holly Earnshaw, with her three-tier Victoria sponge filled Panda Cake, followed closely by 7PAS’ Hannah Mcdonald and Ella Rogers and their ice cream cone, sweetie waterfall kingdom and in third 7CMM’s Darcey Lewis and her  3 tier chocolate bourbon and gingerbread man cake!
An exceptional effort by students, which was made even ‘sweeter’ when the form captains sold the cakes at break and lunchtime donating all proceeds to our whole school charity this year: Cafod. A total of £58.30 was raised! Well done Year 7! 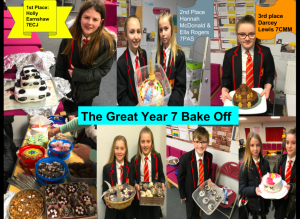