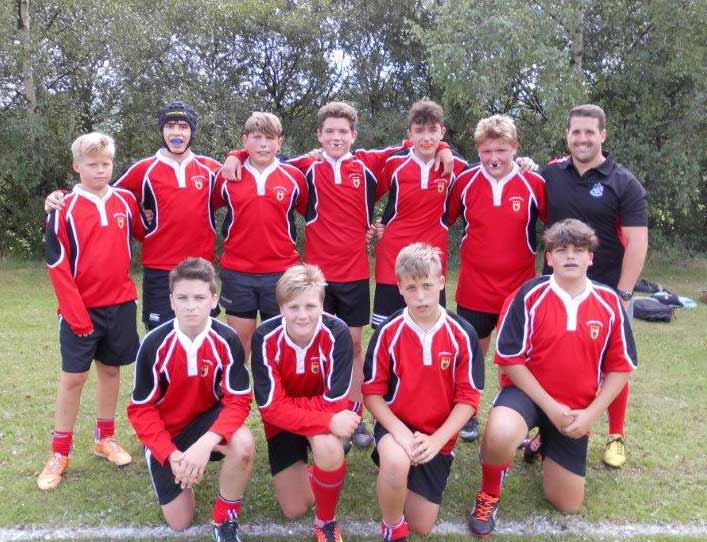 A bleak morning in Torquay which turned in a shining day for the STCM Year 9 rugby team!

Our first game was nothing to write home about losing to eventual winners Churston Ferriers 15-7. We then turned up the heat for our remaining 4 games beating Torquay Academy 21-0, Keviccs 21-7, losing just to Teign 12-5 and beating a strong undefeated Newton Abbott College team 17-7. This meant we faced Teign in the 3rd/4th place play off and revenge was on the cards! The boys held themselves high and beat Teign School convincingly 33-0! Which secured 3rd place for the team.

Shouts outs must be given to Brandon Terry for his 6 tries, Torin Peel for his unstoppable pace, power and determination and Charlie Rovira for his outstanding leadership, handoffs and play making!

Well done boys and let’s make sure we take this forward into the League!